A Fond Farewell to a Building That Served the Community Well 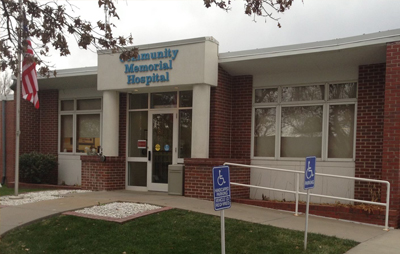 It’s hard to believe, but it has already been two years since the new Syracuse Area Health campus opened for patient care! With healthcare operations moving to a new facility, the original Community Memorial Hospital building has been on the market for over two and a half years, since April of 2018.

Realizing the historic connection the facility has to the community, Syracuse Area Health has gone to great lengths to maintain the property and tried to sell the building, hoping that someone would be able to put it to good use.

Syracuse Area Health CEO Michael Harvey shares, “The original building has been a part of this community since 1952 and many families have ties to it. A lot of them have memories of the compassionate care they received both in times of joy, like the birth of a child, as well as times of sorrow. We did our best to try to sell the building, and we had around ten different parties express interest. We had four of those parties do extensive evaluation of a business plan, but ultimately none of them could make their numbers work.”

Since moving out of the facility, maintenance, utility costs and ongoing expenses associated with the property have been around $120,000 a year. With no prospective buyers now in sight, hospital leaders—along with the board of directors—have made the decision to have the building torn down. Demolition is slated to begin as soon as early winter.

While there are no definite plans for the vacant property, the land will likely be sold for residential development. Revenue from the sale of the property will help fund the cost of demolition, which is estimated to be around $500,000.

While the original building will soon be gone, “out of sight” in no way means “out of mind.” Syracuse Area Health will proudly carry on the important tradition of providing quality, compassionate care across Southeast Nebraska that began nearly seven decades ago.